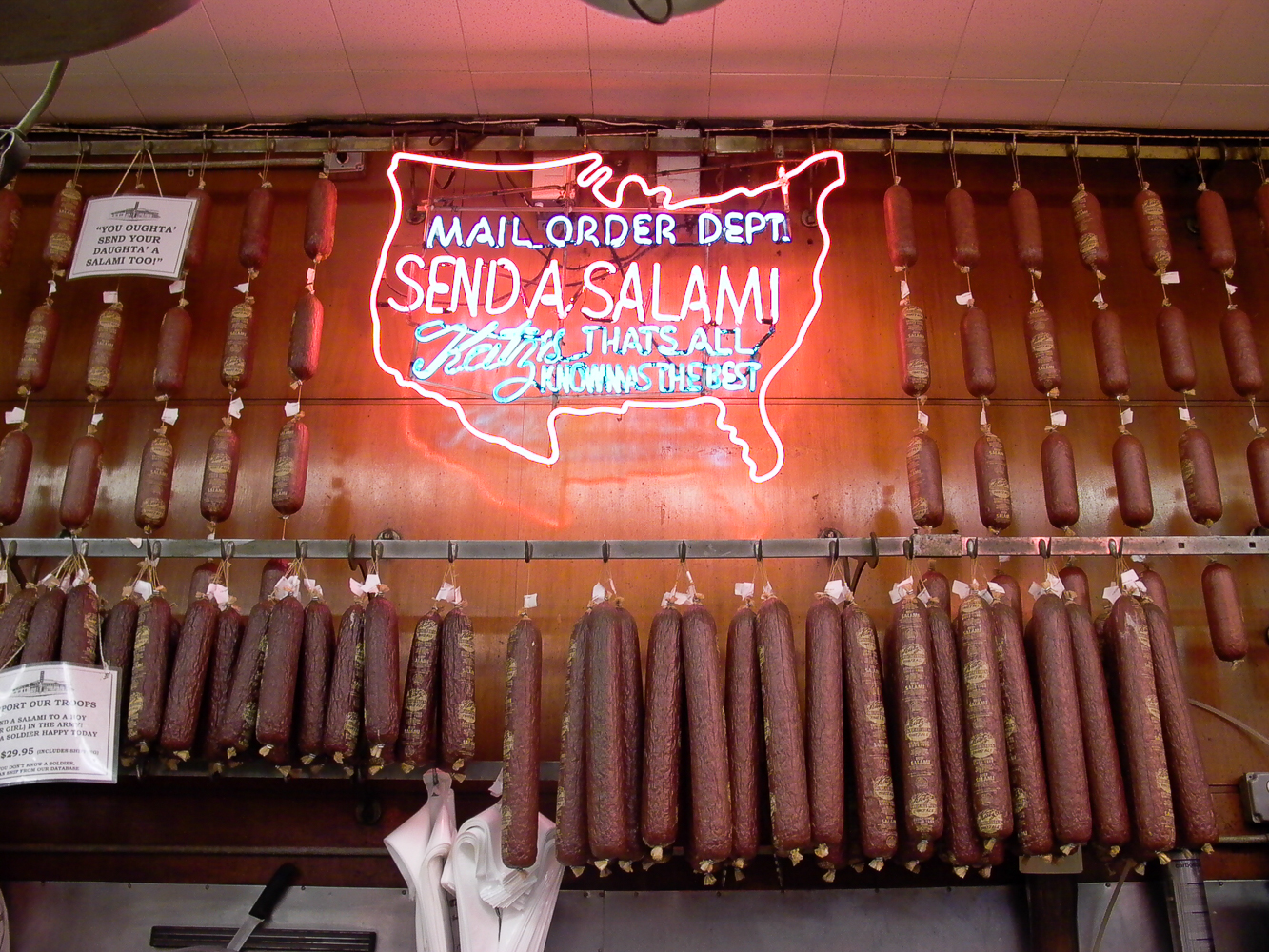 When we think of the identity of a city, we commonly refer to the urban landscape, the monuments and the traditions. However a strong and powerful identity factor is definitely the food and the locations for food production, distribution and consumption (eg. markets, restaurants). Of course this food is “traditional food” and not “molecular cuisine” or “fusion food”, it is the food engraved in the in the memory of the inhabitants. Many cities have iconic places for food, real sanctuaries where people find its social identity through the traditional food experience.
In a metropolis like New York, among thousands of restaurants, dinette, fast food and cafes, to our eyes there are two iconic places for food: Nathan’s Famous at Coney Island and Katz’s Delicatessen in the Lower East Side. Both are more than 100 years old and they serve the most traditional and popular local foods: the frankfurters from Nathan’s and the pastrami and salami by Katz’s. Nathan’s is also the icon of the 1930s and 1940s when Coney Island was the Newyorkers’ beach and the amusement park with its Cyclone roller coaster its main attraction.
Katz’s is located in the Lower East Side, the neighborhood of the great European immigration at the end of the 19th century, in which Italians, Jews, Germans and then Chinese, lived side by side in the tenements. At the corner of East Houston St and Ludlow St is located a large and bright restaurant, with table service and take-out, that serves since 1888, night and day, the best of traditional Jewish Eastern European food. Huge portions of pastrami, corned beef, accompanied by pickles, are carried by waiters who cross the crowd lined up at the counter. At Katz’s anything can happen, people who get married, bar mitzva, meetings of friends, lonely people. Famous location for movie shooting, Katz’s still retains its healthy and genuine popular mood. Since 1942 they have a special delivery service with a famous slogan: “Send a Salami To Your Boy in the Army”.
We hope that the wave of the “cholesterol free” does not reach them, and that they can go into the future with huge food and special customers. 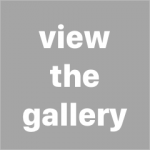 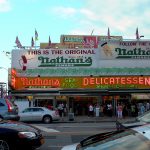 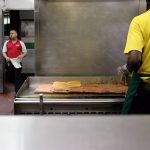 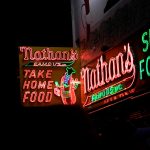 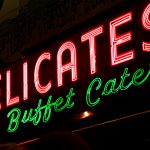 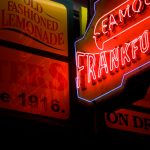 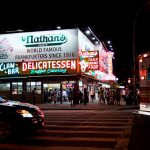 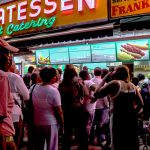 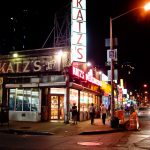 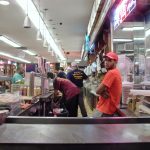 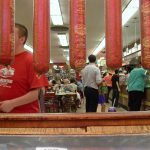 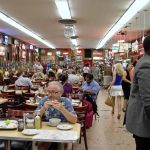 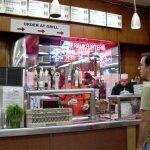 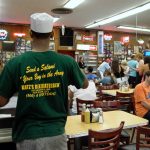 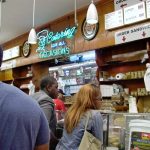 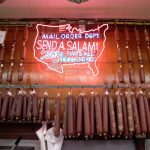 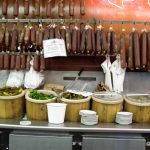 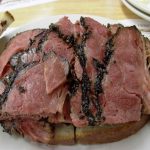 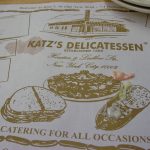 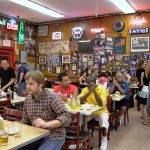 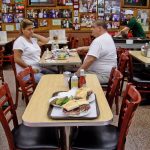 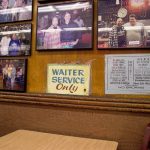 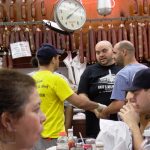 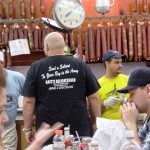 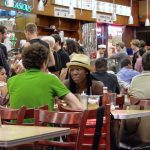 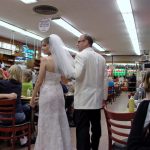 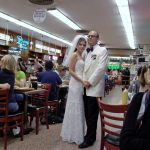 Tools: Leica Digilux 1, Leica Vario Summicron 2.0-2.8/7-21 ASPH
Code of ethics: all the photographs are processed without any changes to the content, alterations, cropping and manipulations of any kind